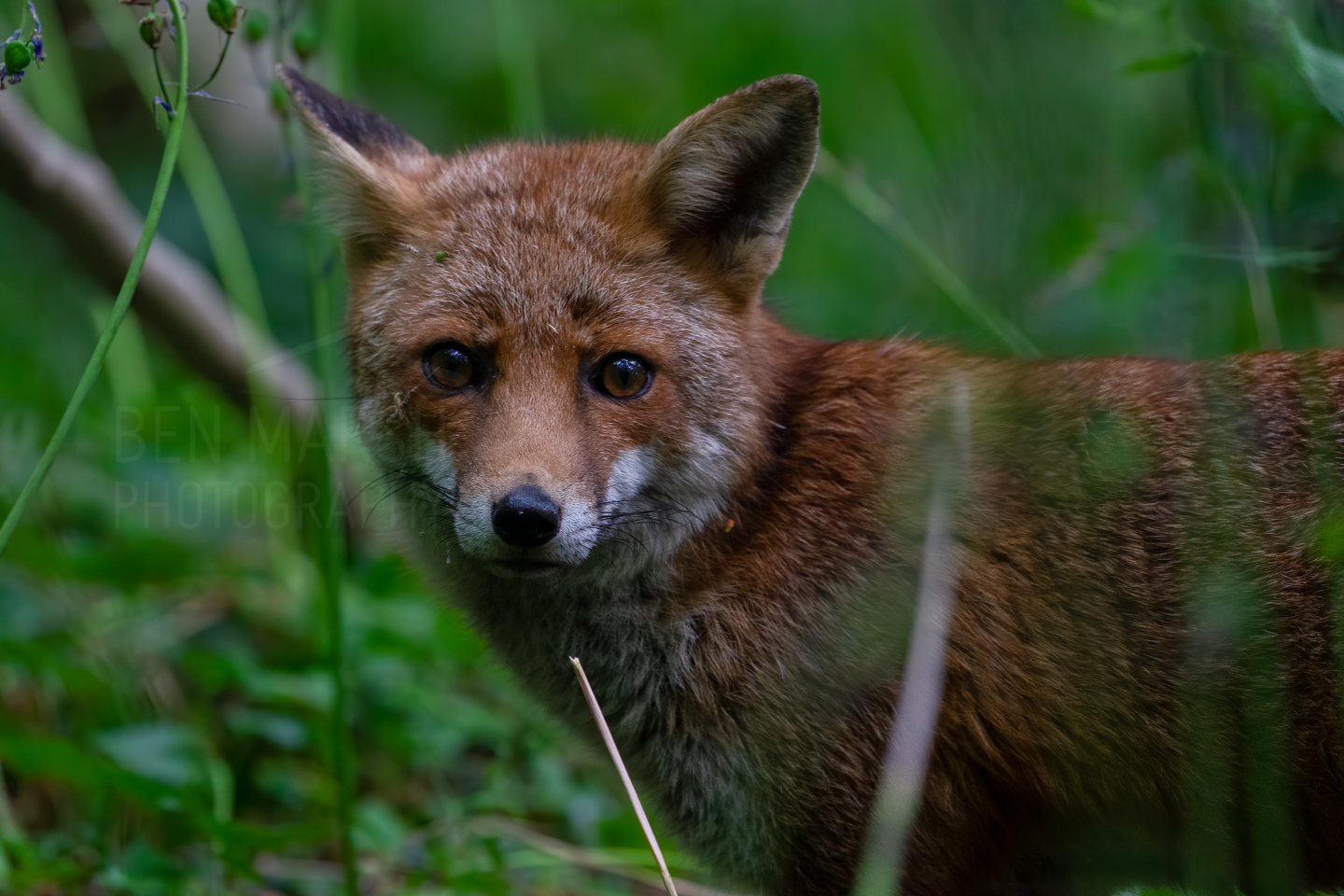 I encountered this young fox in June last year. By the size of its body and fresh copper coat, it could only have been a year or two old making this one of its first summers alone.

I didn't set out with the intention of finding this fox and was in the process of setting up a camera trap for other wildlife when I looked across the copse of trees I was in and saw it. It had already seen me and had paused to decide on its next step. Incredibly it didn't bolt or hide when I crouched down with my camera and took my pictures. After letting me capture a few shots of foraging and roaming it casually trotted away. I have returned to that spot many times but haven't come across them again.

Rural foxes are often shy and extremely nervous of humans due to persecution in the countryside, I still feel exceptionally lucky to have been afforded such an intimate moment with such a wonderful creature.

Comes With Frame?:
No
Yes
Returns Accepted? :
No
Yes
Category & Key Words To Describe Your Piece:

Welcome to my page here on SOTA! I am a wildlife photographer with a passion for the incredible variety of life that calls the British Isles home. I try to create images that are engaging and capture the personality and intelligence of the animals that I photograph.

I hope that you enjoy my work and I cant wait to share and discuss it with others.